"Uzagrosugurta" JSC was nominated for "The best Insurance Company" award of the "Oltin soyabon" Public Award, awarded by the "SAIPRO" information and rating agency.

In addition, the rating agency "Ahbor-Rating" has repeatedly confirmed the company's solvency rating at "UzA++" with a "stable" outlook on the national scale. This, in turn, indicates that "Uzinsurance" has a high level of solvency and stability.

It should be noted that the solvency of "Uzinsurance" was confirmed by the rating agency "Standart and Sensetive Ratings" with a maximum rating of "AAA" in 2021 with a "stable" outlook at the national level. 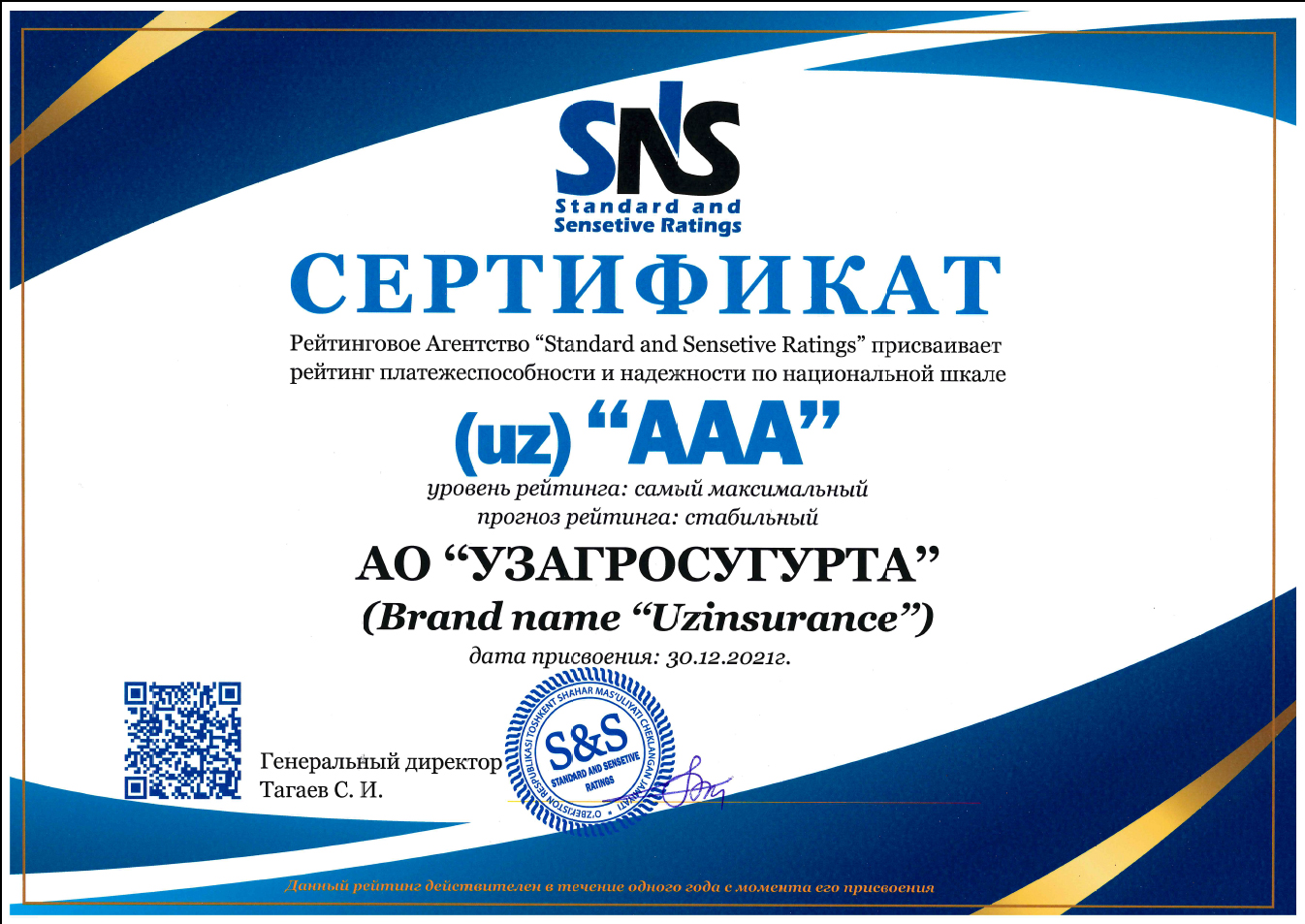 In order to form a stable image in the global insurance market and establish partnerships with the world's leading insurance companies, the financial and economic activities of the company were audited by the world's leading audit firms, such as "Deloitte" and "Grant Thornton", in accordance with international auditing standards, and positive conclusions were drawn from them.

At the same time JSC "Uzagrosugurta" for the third year in a row receives a rating of "BB-" "Stable" from the international rating agency "Fitch Retings". This prestigious international agency is one of the four largest in the world. He mainly evaluates securities, quality and insurance coverage, assets and deposit portfolios of companies in the financial, banking and insurance sectors, as well as their financial condition. 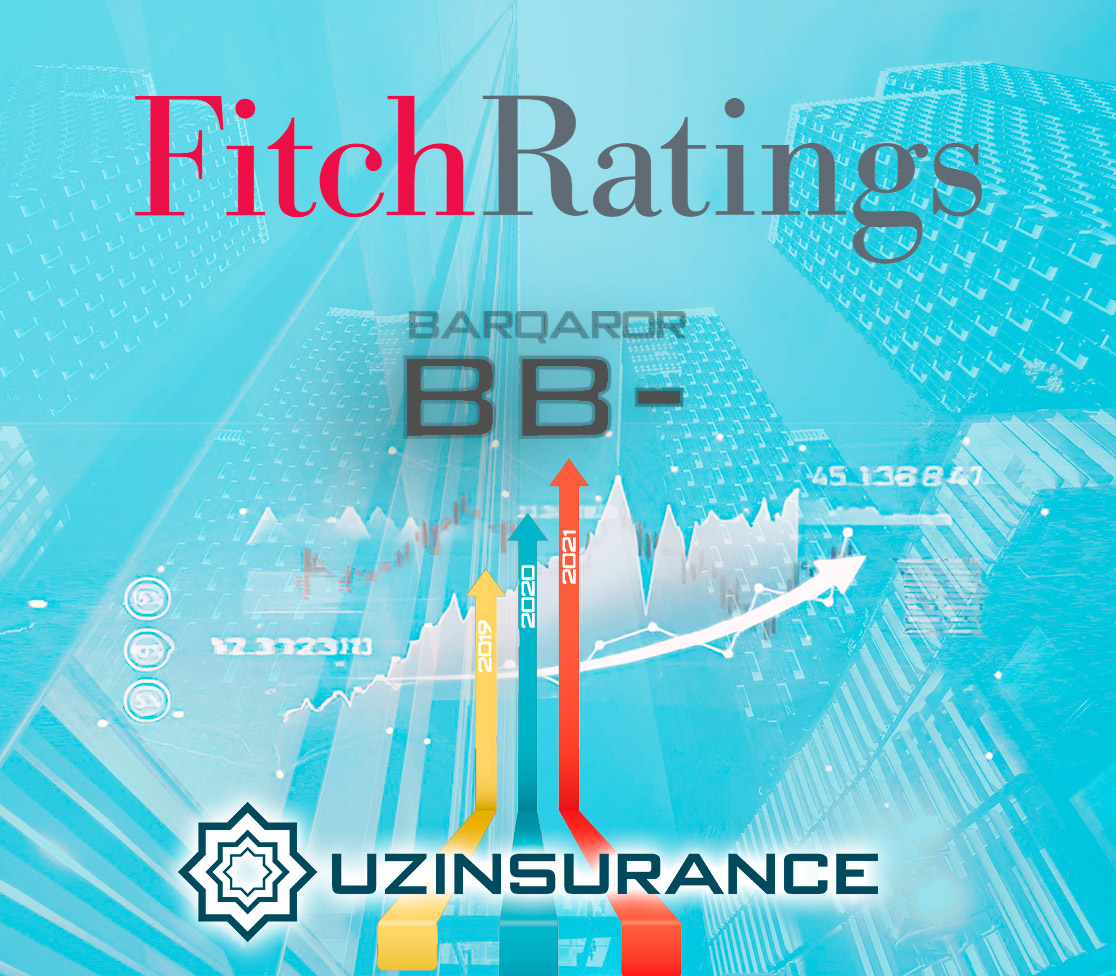 Many investors around the world rely on an agency's credit rating. Therefore, we can say that "Fitch Ratings" is an opportunity for JSC "Uzagrosugurta" to support investors who want to invest in Uzbekistan, guarantee the timely fulfillment of obligations and as a sign of financial stability.