Fitch Ratings: Confirmed The Financial Stability Rating (Mbr) Of The Joint-Stock Company “Uzagrosugurta” At The Level Of ”Bb-" For The Fourth Year In A Row 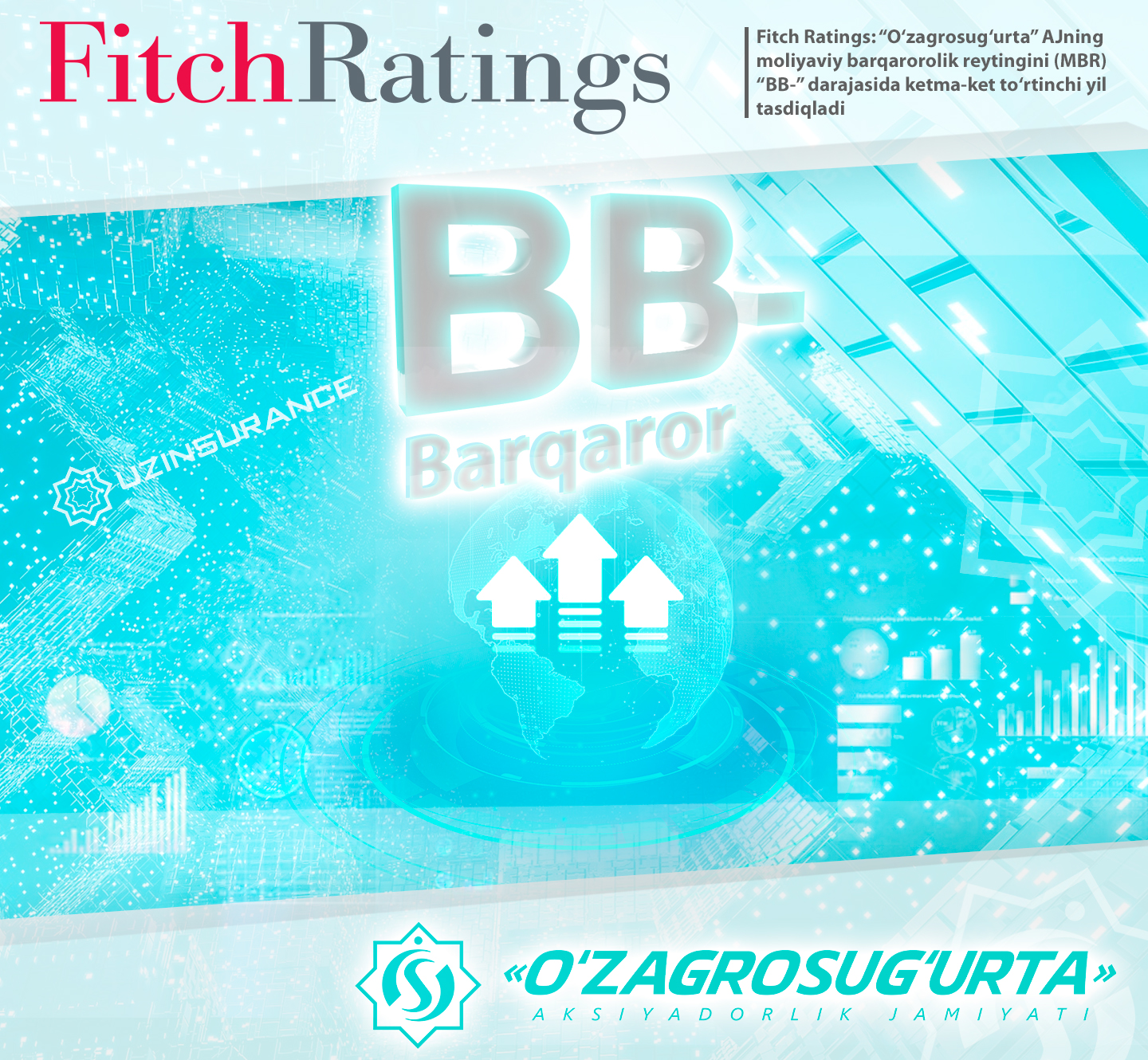 Fitch Ratings: confirmed the financial stability rating (MBR) of the joint-stock company “Uzagrosugurta” at the level of ”BB-" for the fourth year in a row

Fitch Ratings: confirmed the financial stability rating (MBR) of the joint-stock company “Uzagrosugurta” at the level of ”BB-" for the fourth year in a row

In countries with developed market economies, insurance services are considered one of the strategic sectors of financial and credit institutions. It is with the help of insurance that the state and citizens can protect the industrial and social spheres from the risks that they often face in practice.

Uzagrosugurta JSC (Uzinsurance), one of the leading participants in the country's insurance market, is carrying out systemic reforms in this direction in order to increase the efficiency of its activities, introduce new innovations, insure the agricultural sector, prepare for equal competition not only in the local but also in the international insurance market, as well as expand opportunities for actively attracting foreign investment.

As a result of these efforts, Uzagrosugurta JSC received a rating at the level of “BB-”stable" by the international rating agency Fitch Ratings for the fourth year in a row.

According to the Fitch Ratings report, the financial performance of Uzagrosugurta JSC is improving from year to year, largely due to the diversification of the company's insurance portfolio in 2021, as well as the development of property types of insurance.

Fitch Ratings also noted that the Government will continue to own the main share of the company and, therefore, will retain control over the insurer due to its systemic role in agricultural insurance.

As you know, many investors from all over the world are building a business based on a Fitch credit rating. Thus, Uzagrosugurta JSC has the opportunity to carry out extensive activities in the global insurance and reinsurance markets. The company will also expand the opportunity to support local exporters and investors who want to invest in Uzbekistan through insurance protection.

This rating indicator is a guarantee of timely fulfillment of the obligations assumed, determines the level of reliability for investors with high potential. In turn, this is an important indicator of further strengthening the confidence of foreign investors and local residents in the insurance services provided by Uzagrosugurta JSC.