"Uzagrosugurta": Conflict Of Interest In The Public Service Is Not Allowed 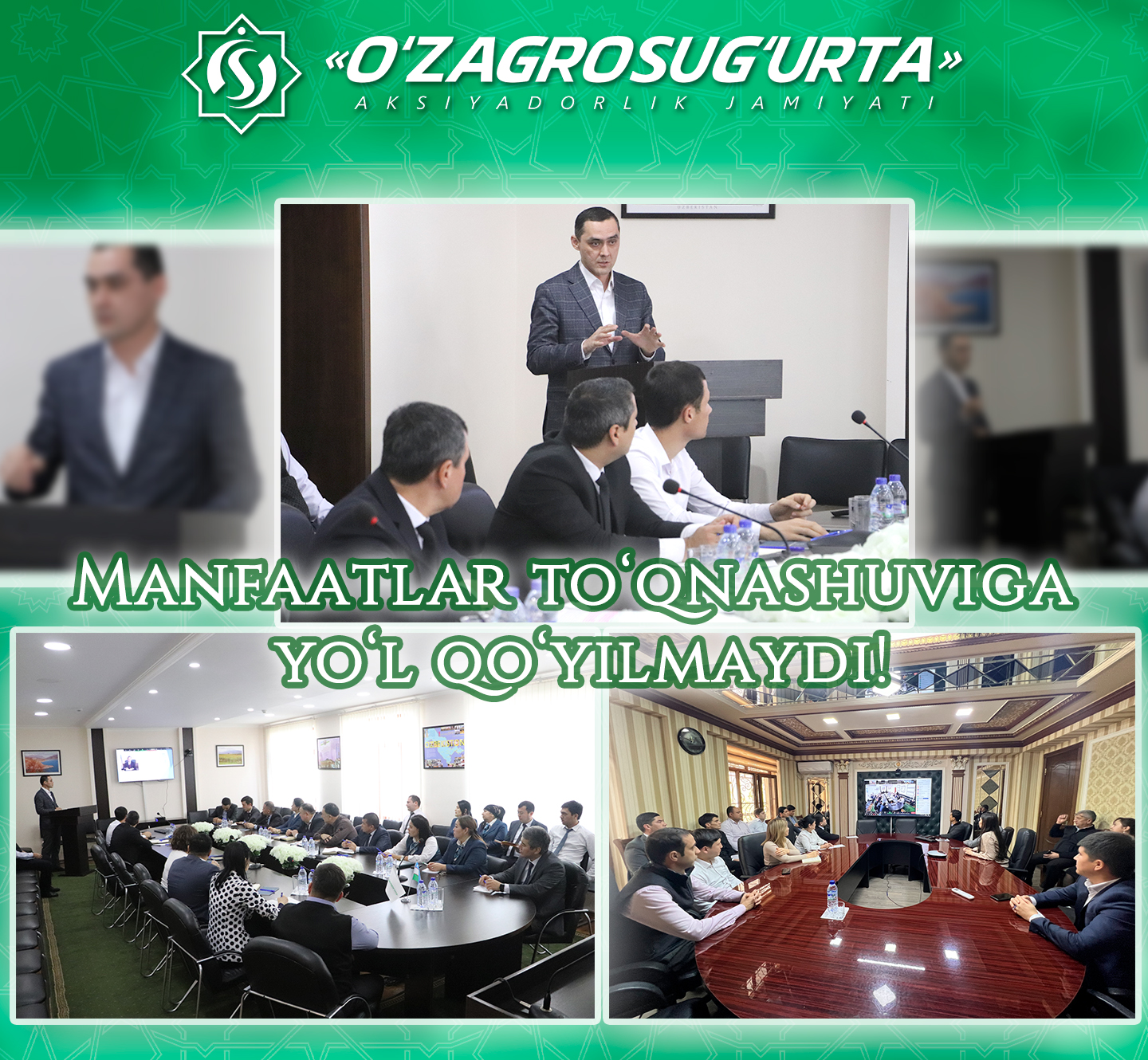 "Uzagrosugurta": conflict of interest in the public service is not allowed

The fight against corruption in the new Uzbekistan has become the highest priority in state policy. This can also be seen in the example of the conceptually significant legal acts adopted in recent years concerning the sphere, administrative reforms aimed at preventing corruption.
Therefore, prevention is one of the priorities of the state policy in the field of combating corruption in our country. This, in turn, requires an in-depth analysis of the reasons that allow corruption, assessment of corruption risks, increasing the openness and accountability of state bodies through an internal anti-corruption control system (compliance control) and preventing conflicts of interest.
JSC "Uzagrosugurta" together with the Anti-Corruption Agency of the Republic of Uzbekistan organized a training seminar on the topic: "Improving the organizational and legal framework for resolving conflicts of interest."
At the seminar, the employees of Uzagrosugurta JSC were provided with detailed information on the state policy in the field of combating corruption and its priority areas.
It was noted that the adoption in 2016-2021 in the Republic of Uzbekistan of 6 laws, 6 presidential decrees, 7 presidential decrees aimed at preventing corruption created the necessary conditions for fighting corruption in the country. The experience of developed countries that have achieved positive success in the fight against corruption shows that it is most effective not to fight the consequences of manifestations of corruption, but to eliminate the causes that cause it.In recent years, measures have been taken to systematically improve the regulatory framework in this area.
The most important step in this direction was the signing by the President of the country of the Law “On Combating Corruption”. This law, adopted in 2017, defines such concepts as “corruption”, “corruption offenses”, “conflict of interest”. The legal framework for combating corruption was further strengthened by the adoption of the laws “On public procurement”, “On public-private partnership”, “On ensuring the dissemination and use of legal information”, “On public control” within the framework of state anti-corruption programs approved by the decisions of the Head of State.
During the training seminar, the basic concepts and principles of combating corruption in the system of Uzagrosugurta JSC, recommendations on the elimination of corruption and its provoking factors were given. Separately, the attention of the audience is focused on the implementation of the legal regulation of conflicts of interest, the entire effectiveness of the anti-corruption policy of the state body depends on the identification, prevention and settlement of conflicts of interest.
Employees of territorial branches and their city (district) structural subdivisions also took part in the training seminar together with employees of the company's central office via video conferencing.
The seminar was held in an atmosphere of free communication, an exchange of experience was held, the company's employees at a high level appreciated the organization of the event and the practical significance of the materials provided. At the end of the seminar, the employees of Uzagrosugurta JSC received detailed answers from experts to their questions and expressed their wishes to further intensify cooperation with the Agency in the direction of holding similar events, which will increase the level of legal literacy of employees.